10 Best Universities in the World 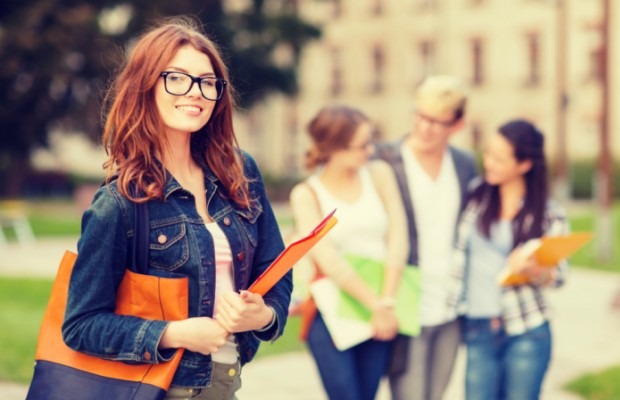 Wherever you plan on studying, the likelihood is that you’re just thankful you got the grades, and if you didn’t get the grades then you’ll just be thankful if you got a place anywhere. Some people don’t have that worry, they breeze through with either some great exam results, brilliant minds, or just an awful lot of money (depending on what part of the world they’re in).

In celebration of this glorious time of year where everyone is getting their pens and pencils ready to go back to school, we are taking a look at the worlds ten best universities.

Otherwise, and more famously known, as Caltech, is world renowned for its degrees in science and engineering and has the lowest student-to-faculty ratios and has 300 teachers to its 2250 students. It total it teachers and graduates have earned the university a massive 34 Nobel prizes.

2. The University of Oxford

The University of Oxford is the most well-known and best university in England. Hugh Grant, J.R.R Tolkien, C.S Lewis, Nigella Lawson, T.S Eliot, Helen Fielding and Bill Clinton are amongst the long list of famous people who have attended and the university is the second oldest surviving university in the world.

Stanford was established in 1885 and now has one of the largest campuses in America. It was the meeting place of Google’s co-founders and the graduates include 30 people who are now billionaires and 17 who are astronauts…So, if you want either of these two things (and let’s face it, who doesn’t want both!) Stanford is the places to be.

4. The University of Cambridge

Only slightly lower in this list, Cambridge University makes up the latter part of Oxbridge! A combination of the words Oxford and Cambridge these are the two best places of education in the UK. It has 800 years of history and was founded in 1209 and has produced the likes of Ben Miller, Prince Charles, Charles Darwin, Ariana Huffington, Tilda Swinton and Stephen Hawking.

Now we have online learning, the MIT are famous not only for their excellent education, but also for the fact that they provide most of their learning material online for free to whoever wishes to use it.  There graduates have gone on to win 84 Nobel prizes and has over 11000 students at any one time.

Probably the most famous American University, Harvard was founded in 1636 and is the oldest university in the US. Past students include Al Gore, Barack Obama and Seamus Heaney and it has around 20000 students.

Princeton University is renowned not only for its excellent education, but also the beauty of the campus that spreads across its 500 acres. Connected to over 40 Nobel laureates it also educated past presidents Woodrow Wilson and James Madison.

Focussing on science, medicine, business and engineering, the Imperial College London was founded in 1907 and is based in the UK’s capital. It was the place that HG Well and Alexander Fleming were educated and it has over 15000 students and 8000 members of staff.

Our only top ten university that isn’t based in the US or UK, the Swiss Federal Institute of Technology was founded in 1855 and was the place that Albert Einstein received his degree. The university’s main focus is on science and technology and it teaches over 19000 students at any one time.

10. The University of Chicago

The University of Chicago is the last university in our list. It was founded in 1890 with the motto ‘let knowledge grow from more to more; and so be human life enriched’. Past students include Saul Bellow, Roger Myerson and Edwin Hubble. Not only is this university one of the top academic institutions, it also has a great reputation in the sporting arena.